Naples (Napoli), Italy is the birthplace of pizza and you can’t leave without trying some of the world’s best! Neapolitan-style pizza or pizza Napoletana, is in my opinion, pizza perfection. We are talking about authentic out of the wooden oven, thin crusted, garnished with fresh ingredients and extra-virgin olive oil; cooked in perfect high temperatures of between 800F – 900F (for no more than 90 seconds), mouth watering goodness! Pizza is an integral part of Naples culinary history and during my time volunteering in Naples, there wasn’t a day that I didn’t go without having pizza as at least one of my meals! (For a Neapolitan food guide, read: “Naples Local Food Guide: 7 Neapolitan Dishes You Must Eat and the Best Places to Find Them!”) Some food historians still question as to who actually invented the famous Margherita pizza, but Baker Raffaele Esposito is generally credited with creating the popular Neapolitan-style pizza. It is said that on June 11, 1889, when the Italian King Umberto I and Queen Margherita di Savoia visited the city, the Queen ordered Raffaele to make her some local dishes. He baked her three types of pizzas, one of them with colours that reflect the Italian national flag: Tomatoes (red), mozzarella (white), and basil leaves (green). The Queen favoured this one over the others, thus Raffaele named the pizza, Margherita in the Queen’s honor.

Here are the top 5 places for the best pizza in the world in Naples, Italy (all places were recommended to me by the locals!): This is the famous pizzeria where they filmed the adaptation of Elizabeth Gilbert’s novel “Eat, Pray, Love” starring Julia Roberts and they even have a photo of her hanging inside the restaurant! It is renowned as having the “world’s best pizza” and with all the stellar reviews for this place on TripAdvisor, this was one of the first restaurants I tried in Naples. The pizza here is out of this world, literally a slice of heaven that will melt in your mouth! I don’t think I truly tasted “real pizza” until I tried this place. It’s priced very affordably and offers a small menu of pizzas. However, do expect a long line up and a wait time of anywhere between 45 minutes to 1.5 hours.  I had to stand in line for about 1.5 hours to get a table for a group of 4 people, but it was definitely worth the wait! If you only have time to visit one restaurant in Naples, I highly recommend this pizzeria, you won’t be disappointed!
Address: Via Cesare Sersale, 1, 80139 Napoli NA, Italy

TIP: Check times of operation and make sure to go extra early to avoid the massive line-up and wait times (especially since this is a hotspot for tourists as the famous movie “Eat, Pray, Love with Julia Roberts was filmed!). Pizzeria Sorbillo was located just down the street from my volunteer house in Naples, so it was one of the most visited restaurants I dined at and one of the local favourites! They have quite a few selections on their menu, but I personally always stuck to the classic Margherita pizza. According to their website, Gino Sorbillo belongs to one of the oldest families of pizza makers in Naples. His grandparents, Luigi Sorbillo and Carolina Esposito, founded the first pizzeria in 1935 on Via dei Tribunali, defined by many as the “Via della Pizza Napoletana” in the old city center. Gino was a pizza Masterchef for three editions, judge for the pizza contest between the judges of Masterchef Israel, Benedetta Menu, and Alice TV. His restaurant has been featured by Discovery and National Geographic all over the world.
Address: Via dei Tribunali, 32, 80138 Napoli NA, Italy

TIP: This place doesn’t take reservations, so it’s best to go early as it gets quite busy! They’ll give you a ticket with a number for seating on-site (there’s no seating for the wait, so expect to stand for awhile!). Di Matteo pizzeria, is a two-leveled restaurant with only one location in the heart of Via Tribunali, just a few steps from Piazza San Gaetano. Some fun facts: in July 1994, then American President Bill Clinton was in Naples for the G7, and apparently very much enjoyed the pizza from Di Matteo! And in 2011, Salvatore Di Matteo won the Pizza World Cup (yes, there is such a thing!), a championship competition of pizza makers that was held in Anzio.
Address: Via dei Tribunali, 94, 80138 Napoli NA, Italy

FUN FACT: Be sure to order some Frittata di Pasta (an egg-based Italian dish similar to an omelette or crustless quiche) along with your pizza. This place (and Dal Presidente, see below) are suppose to have one of the best! (Click here for more must-try local food in Naples). Brandi is the place where they say Margherita was invented. On June 11, 1889, when the Italian King Umberto I and Queen Margherita di Savoia visited the city, they summoned Raffaele Esposito (inventor of Margherita) to create local dishes. It is said that this was the restaurant where it was first created!
Address: Salita S. Anna di Palazzo, 1/2, 80132 Napoli NA, Italy

TIP: Look for the marble inscription that states the claim above, the original letter that was sent from the Queen is displayed at the pizzeria. There are some mixed reviews about this pizzeria on Yelp and TripAdvisor about the lack of service and the quality of the food, but it was still recommended to me by a few locals so I tried it anyways. I don’t know if it’s because this was the first restaurant I actually tried Neapolitan pizza at or because my only comparison back home was to Dominos Pizza and Pizza Pizza, but from my personal experience, the pizza was definitely a tasty and memorable meal!
Address: Via dei Tribunali, 120, 80138 Napoli NA, Italy

TIP: A local friend of mine recommended that I try Frittata di Pasta (an egg-based Italian dish similar to an omelette or crustless quiche) here, he says this place and Di Matteo have some of the best ones (Click here for more must-try local food in Naples)! 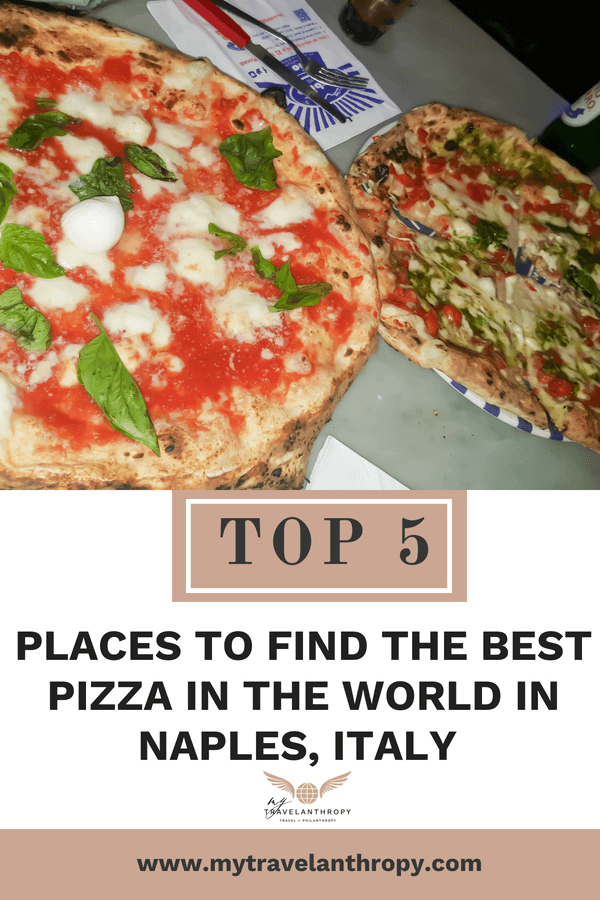 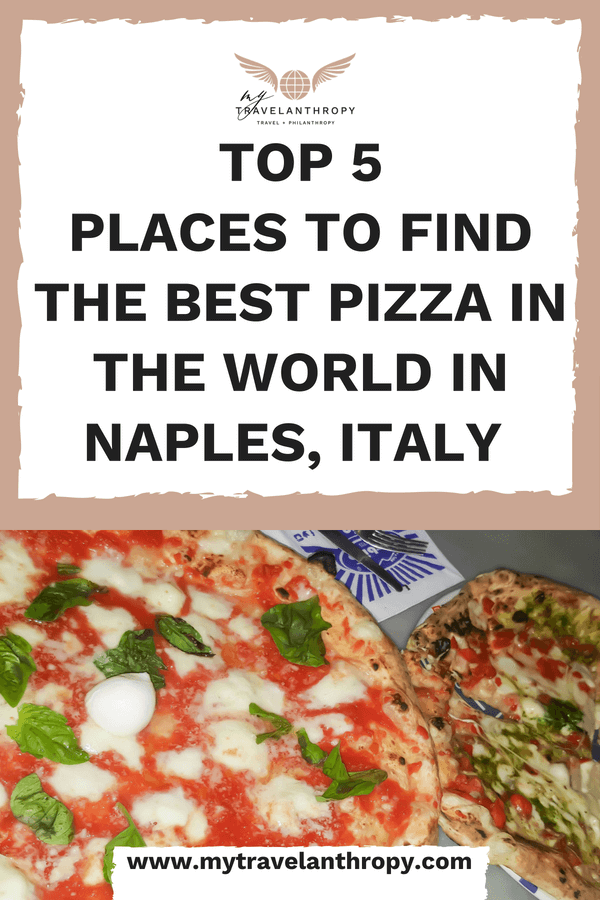 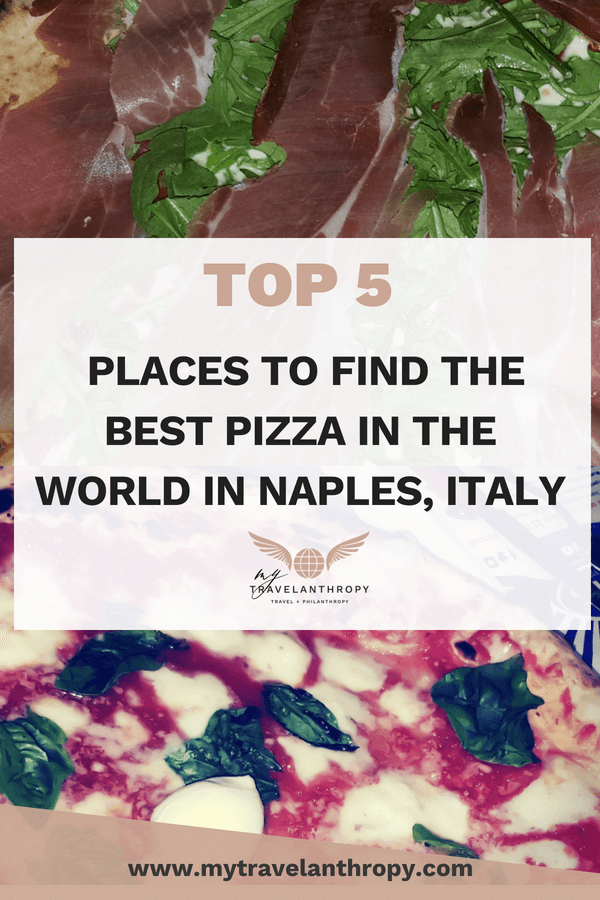 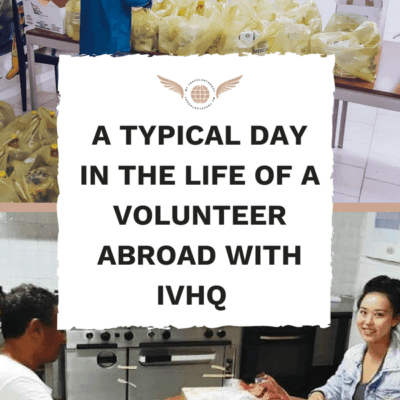 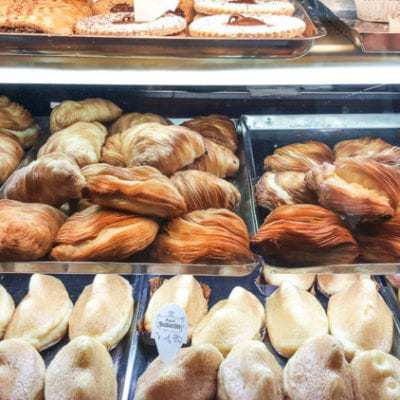 NAPLES LOCAL FOOD GUIDE: 7 NEAPOLITAN DISHES YOU MUST EAT AND THE BEST PLACES TO FIND THEM!

​Get FREE instant access to my library of travel & volunteer resources for subscribers only! Includes research reports, interviews, worksheets, checklists, and more.