Every year, approximately 1.6 million people volunteer abroad. Many people are turning to volunteer organizations abroad to take their talents, skills, passions, and empathy to communities in need, but it’s also important to acknowledge the potential for wrongdoing.

Voluntourism is now a $173 billion dollar industry and wherever there’s so much revenue to be made, there’s a chance for foul play.

Most volunteers have good intentions in wanting to give back by volunteering abroad, yet, not realizing that a volunteer organization or tour company could be just selling them a “feel good experience”, that actually does more harm than good. Some volunteer opportunities are really just money-making schemes set up by scam artists trying to capitalize on people’s good intentions and in fact, do more harm than good for the local communities they are supposed to help.

VOLUNTOURISM VS. VOLUNTEERISM, WHAT’S THE DIFFERENCE AND IS IT HARMFUL?

It’s important to differentiate between volunteerism and voluntourism. Voluntourism is a term “emerged in the late 1990s to describe a travel experience that includes volunteering along with more traditional tourist activities. Although people who volunteer internationally for long periods of time still combine tourism opportunities into their experiences abroad, the terms are usually only applied to short-term experiences that can fit into a vacation from work or school (max. about six weeks, most often much less). These short-term programs are sometimes also referred to as ‘volunteer vacations’.” (Learning Services, Bennett, Heckscher, Collins, Papi-Thornton).  Voluntourism efforts are confined to a much shorter time period than volunteerism, which is typically long-term volunteer opportunities and attached to making a long-term impact on local communities. Voluntourism, however, is based on the experience of the volunteer rather than making a deep impact on the local community. Yes, it can be a way to gain exposure to different ways of life, but it’s important to realize that voluntourism trips often involve little to no specific work experience and requires a registration fee in order to participate in voluntourism programs. Emphasis is on the volunteer, the tourist, the customer, often selling a “feel good” experience and not necessarily addressing the local needs.

More and more travel companies are increasingly getting involved with selling volunteer travel packages and making a commission. The dangers of this are that these travel companies may not be aware of how harmful this could be for the local communities as they may only understand the tourism side of the business. 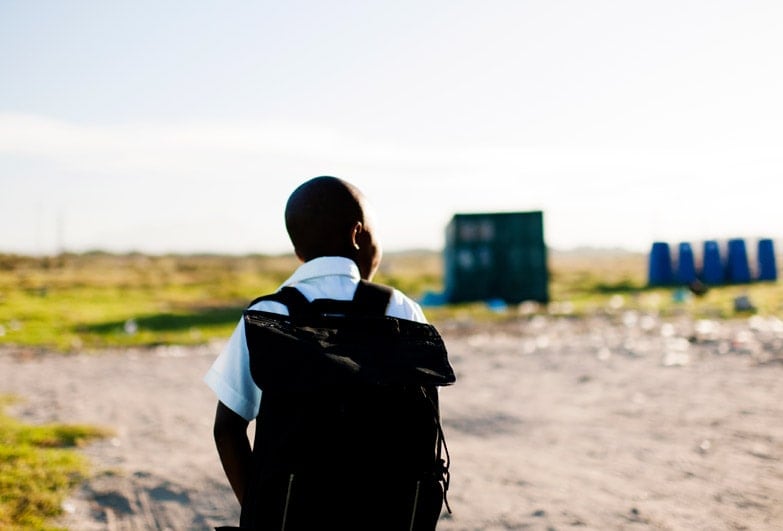 Some of the worst cases involve the exploitation of children in orphanages (or sometimes called child tourism). Stories have now come out about facilities where poor children are passed off as orphans to unsuspecting volunteers, even though the children have one or more parents who are alive. There have been documented cases in poor countries like Haiti where parents were conned into sending their children to live at orphanages, with the promise of better healthcare and education, and instead, the children’s pictures were used in advertising campaigns to solicit support and funds from all over the world. Even worse, when the authorities investigate, they discover that the children were beaten and mistreated, and did not get the healthcare or education their parents were promised.

These sham orphanage operations have been discovered in countries like Nepal, Cambodia, and Uganda, among others. The problem is much bigger than most volunteers realize — the organization Lumos, which fights the institutionalization of children worldwide, says that up to 80 per cent of children living in orphanages has at least one living parent. Experts say that a child who is separated from its parent and put in an orphanage can suffer from attachment issues because of the short-term nature of volunteer relationships. Voluntourism constantly creates and then breaks the bonds between children and adults, which is damaging to a child’s self-esteem and creates separation anxiety.

Some organizations purposely cause harm by stockpiling donations and using the funds for personal gain instead of advancing local communities.  Moira Waterfall volunteered to teach English at the Happy Home orphanage in Nepal.  She was so passionate about helping the young orphans that she founded a separate website to raise over $4,000 for Happy Home.  But while she was there, she witnessed poor conditions, and she was informed of horrific abuse at the hands of Happy Home’s owner, Bishwa Archarya.  It soon became clear that the money wasn’t being used to improve the orphanage or better the children’s lives – it was going into Archarya’s pockets.

Volunteers really do want to genuinely help underprivileged children but unfortunately, for every legitimate organization that does great work, there are several more that are only interested in exploiting children to make a profit.  To avoid paying one of these misleading companies, it’s critical to conduct thorough research on the volunteer guidelines of volunteer organizations in order to spot any red flags. 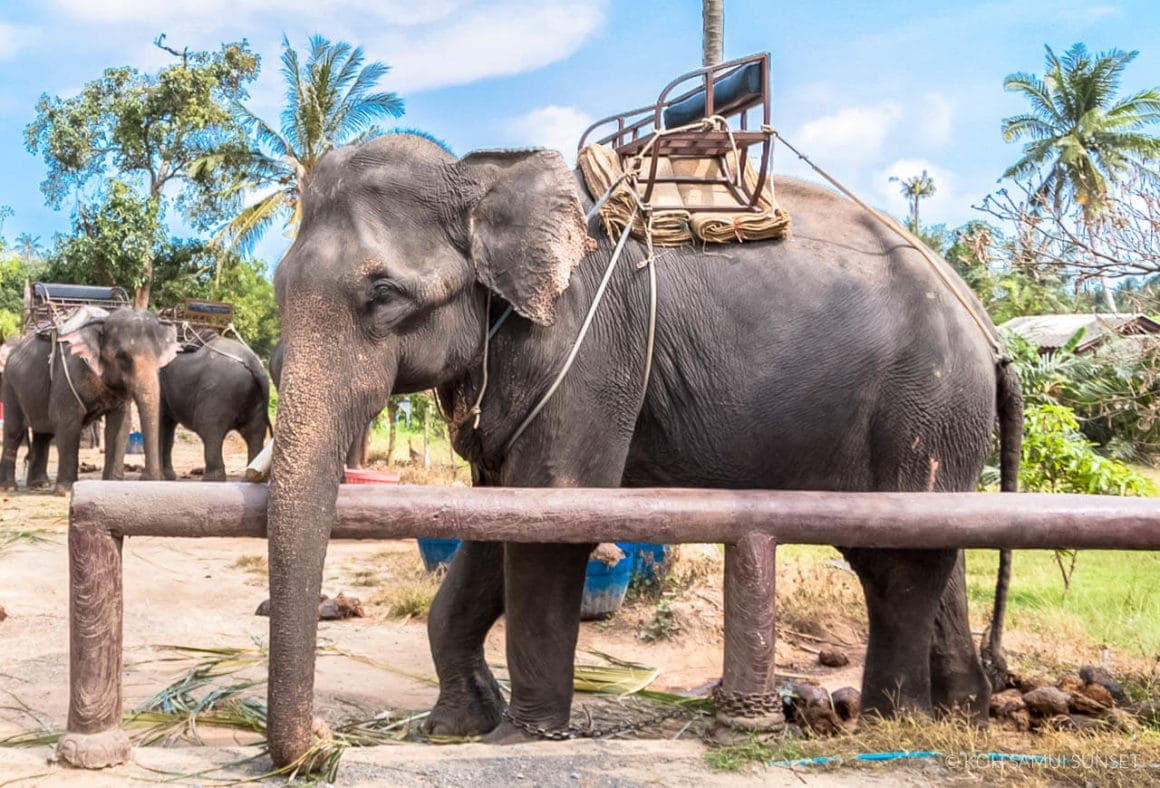 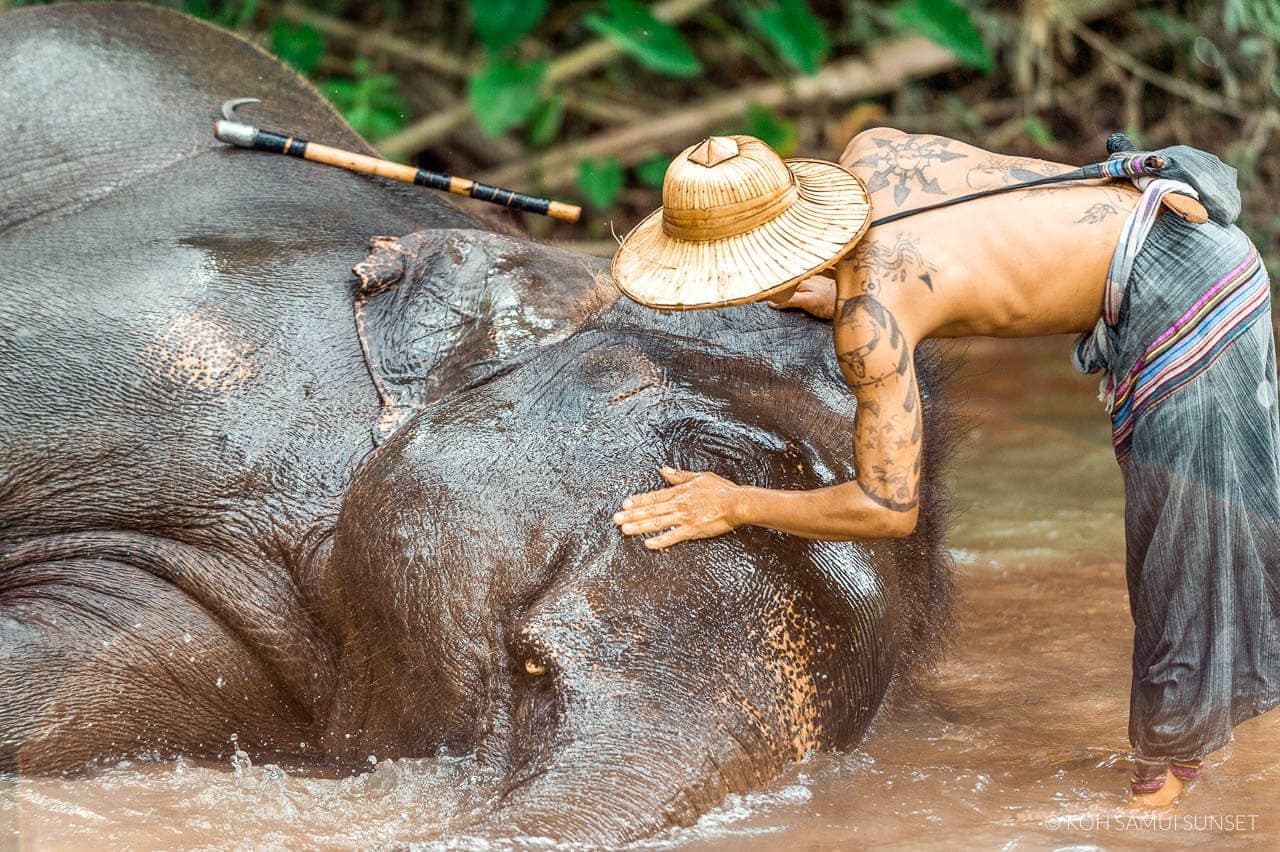 We’ve all seen pictures floating around on social media of tourists visiting places like Thailand or Bali taking selfies while riding elephants crossing off one of their “bucket list” goals.  In 2016, it was reported that captive elephants gave almost 13 million rides to visitors in Thailand. According to a study carried out by “World Animal Protection (WAP) across Asia, this is helping to fuel a rise in elephants captured from the wild and kept for entertainment. The number in Thailand has increased by almost a third over the last five years.”

In Vietnam, it is reported that there is merely 55 captive elephants left in Vietnam and multiple stories of elephants suddenly collapsing and dying of severe exhaustion from being overworked and starved in the elephant tourism industry has been a sad reality. The World Animal Protection conducted another survey and found nearly 50 per cent of travellers “pay for an animal experience because they love animals,” said Schmidt-Burbach. If only they knew the harsh treatment these poor elephants have endured.

In some instances, volunteers who have volunteered in elephant “sanctuaries” (I added quotation marks because due to the rise of awareness of harsh treatment in elephant centres, many have changed their names to ‘animal sanctuaries’, but are clearly still operating unethically) saw more tourists than volunteers, and the main role of the volunteers was to be tour guides. They were expected to usher groups of tourists through the grounds and let them get up close and personal while the elephants were fed and washed. The elephants did tricks for the tourists, and in general, the atmosphere was more carnival than sanctuary. Elephants were being treated harshly by their trainers and were not given enough to eat or drink, and in some cases were in need of medical attention for injuries or illnesses.  This is a composite of stories that have come out in recent years about the dark side of animal voluntourism.

As outlined above, voluntourism is a name given to the recent trend where people from developed countries travel to countries around the world and spend anywhere from a week to several months helping out in areas where there is a need — orphanages, schools, animal sanctuaries medical centres, or rebuilding homes in the aftermath of a natural disaster like hurricanes, earthquakes, etc. There can be significant problems with voluntourism. It can do more harm than good for a group of well-meaning foreigners that descend on a community and start volunteering on construction sites to build homes, which may actually be taking jobs away from local workers. This is not to say that people shouldn’t volunteer to build houses and schools in other countries — it’s just that projects like these need to be well-managed and have ethical volunteering guidelines in place that works together with local communities.

Here are some things to remember before you sign on to a volunteer program abroad: 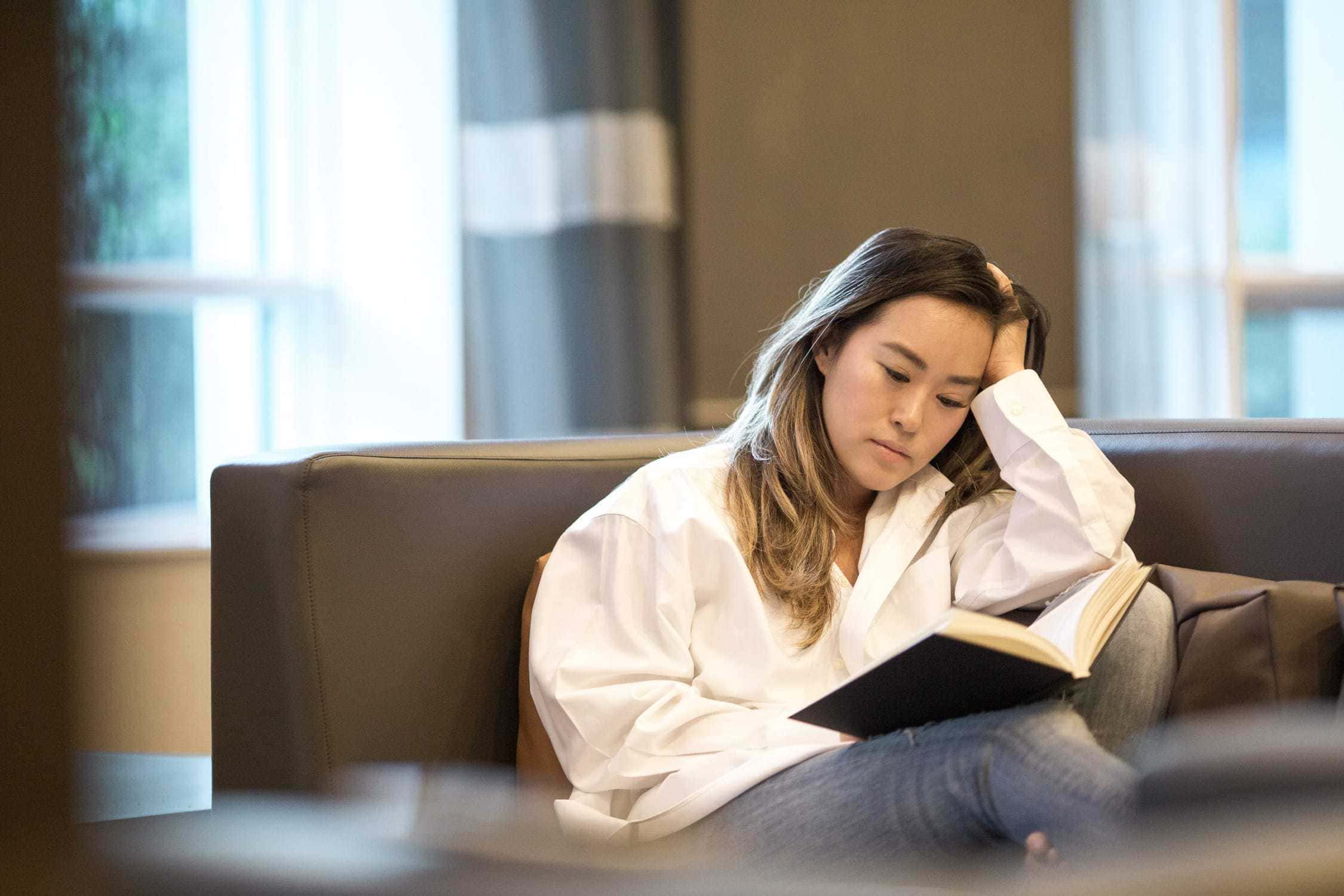 . What are the costs? There can be large differences in the cost of these programs. If the price seems too high for a one-week trip to help out at a school, for example, the organization may be keeping a chunk of the fee for themselves. Although many non-profit organizations do use volunteering trips as a way to raise money, beware if the price seems exorbitant. Ask for an explanation for all the fees involved. A legitimate volunteer organization will always be transparent about their fees.

. What is the duration? A short-term trip may fit in with your schedule, but if it is too short for you to accomplish anything significant, what is the point? Is it just to fill the pockets of the organization?Does the project have a local benefit? Is the local community going to be better off after you leave? What is the long-term picture like?

. Are you taking a job away from a local worker? If there are people who will lose a week’s pay because you’re taking their job, it’s time to reconsider why you are going if you are doing more harm than good.

. Can you find a good fit for your skills and education? If you have training and experience as a doctor, you can do a lot more good working in a health clinic in Haiti than mixing cement at a construction site. Look for opportunities to use your talents that can add long-term value for the volunteer organization.

. Is the organization legitimate? This is especially true if you’re going to volunteer at an orphanage or child care organization. Do your research, ask questions, contact government agencies if necessary, but by all means make sure you are dealing with an ethical, legitimate organization. By the way, if the organization does not require some background about you, or have a system in place for vetting volunteers that should be a red flag. An orphanage should not accept volunteers without finding out if they are qualified and have a clean record.

Voluntourism can be a great way to help out disadvantaged communities in foreign countries.  You just need to exercise good judgment and do your homework to ensure that you are one of the volunteers who helps, not harms, the people and communities involved.

For more on what important questions to ask volunteer organizations, click here. 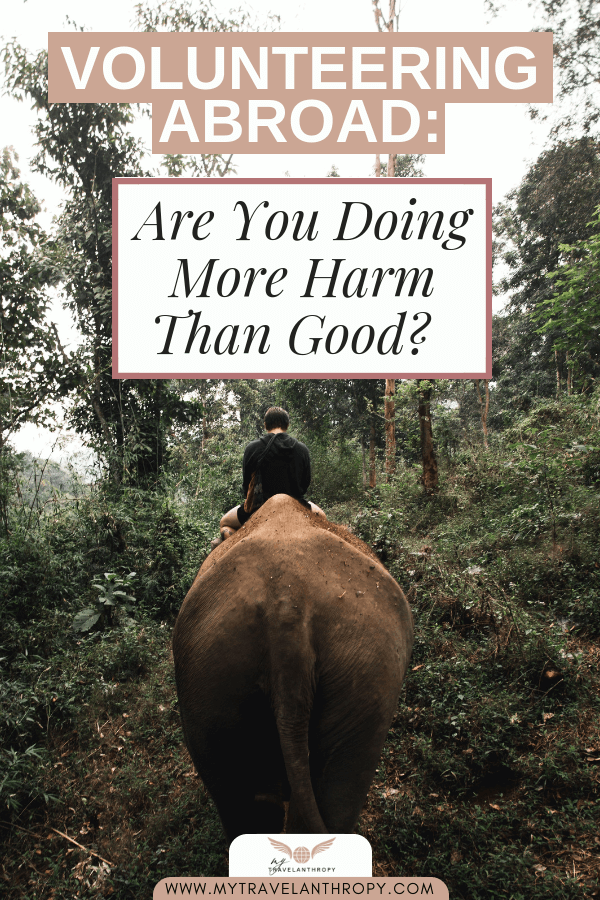 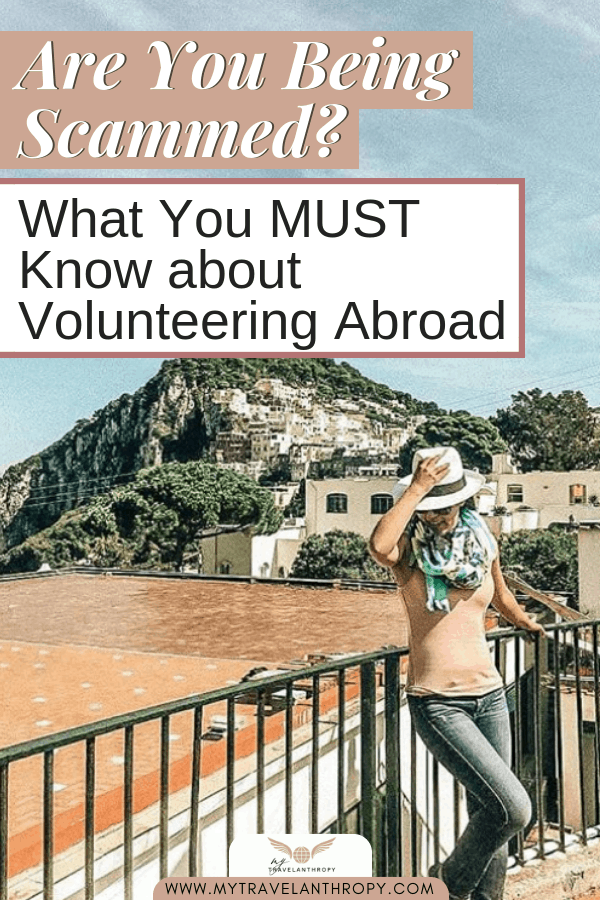 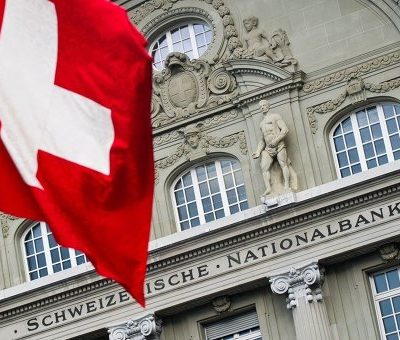 8 Ways to Get Paid to Travel for Free, A Solo Traveller’s Guide 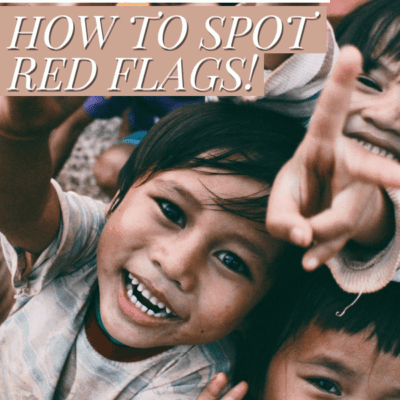 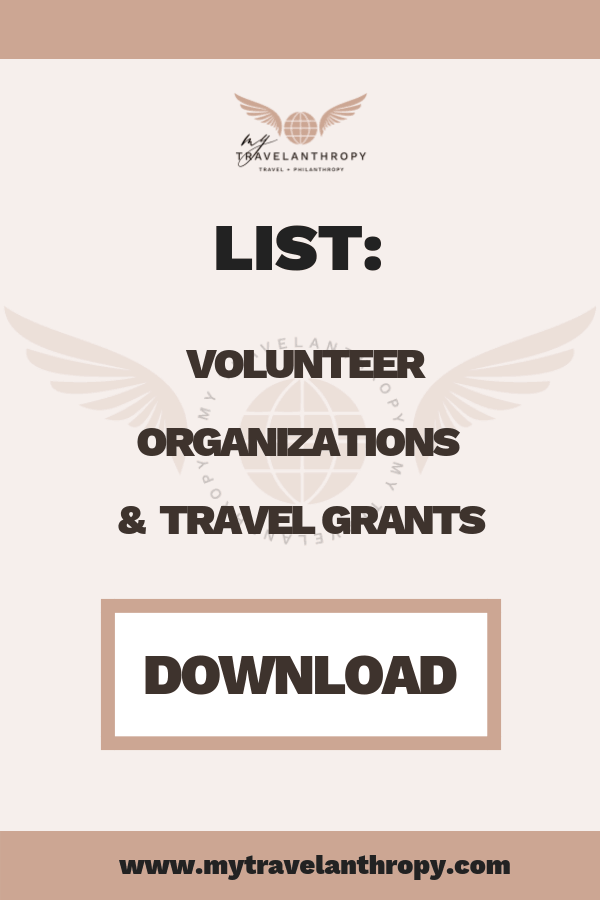 Get FREE instant access to the list as well as to my library of travel & volunteer resources for subscribers only!