The following is a sponsored post in partnership with The Fairmont Royal York.  All opinions are 100% my own.

A MODEL OF LUXURY & SUSTAINABILITY 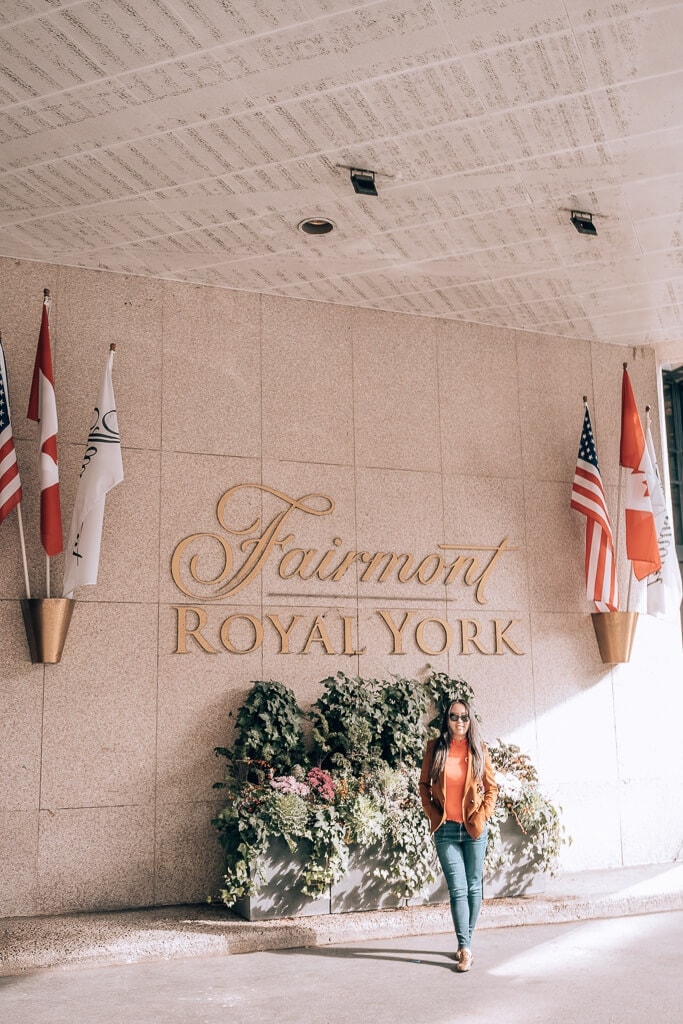 When the Royal York Hotel opened in 1929 in Toronto, it was the tallest building in the British Commonwealth, at 28 stories. The Royal York had 1,048 rooms, a 12-bed hospital, a library with 12,000 books, a golf course, a concert hall, a bank, and many other amenities. There was also a rooftop garden. Guests came to bask in its splendor and luxury, and it is still considered a landmark property in Toronto.

The Royal York, now recognized as Fairmont Royal York is still known for its luxurious accommodations and has been updated many times over the years, most recently with the unveiling of its Fairmont Gold residential rooms and suites and the new 18th floor Fairmont Gold Lounge.

With the help of world-famous design studio Champalimaud, the Fairmont Gold rooms were renovated in a high-end residential style and the stunning 18th-floor lounge with breathtaking views of the city – the Fairmont calls it “a tasteful sanctuary high above the city”.

Guests can expect to receive “gold” treatment with access to the private lounge, a fitness lounge, personalized dietary plans, have elegant options such as a “pillow menu” in the rooms and is the first and only hotel in North America to provide an exclusive in-shower aromatherapy, body spa experience with Skin Jay Paris products. But it doesn’t stop there, there’s also a private check-in/check-out, culinary programming, and even a cocktail trolley for speciality gold cocktail features! 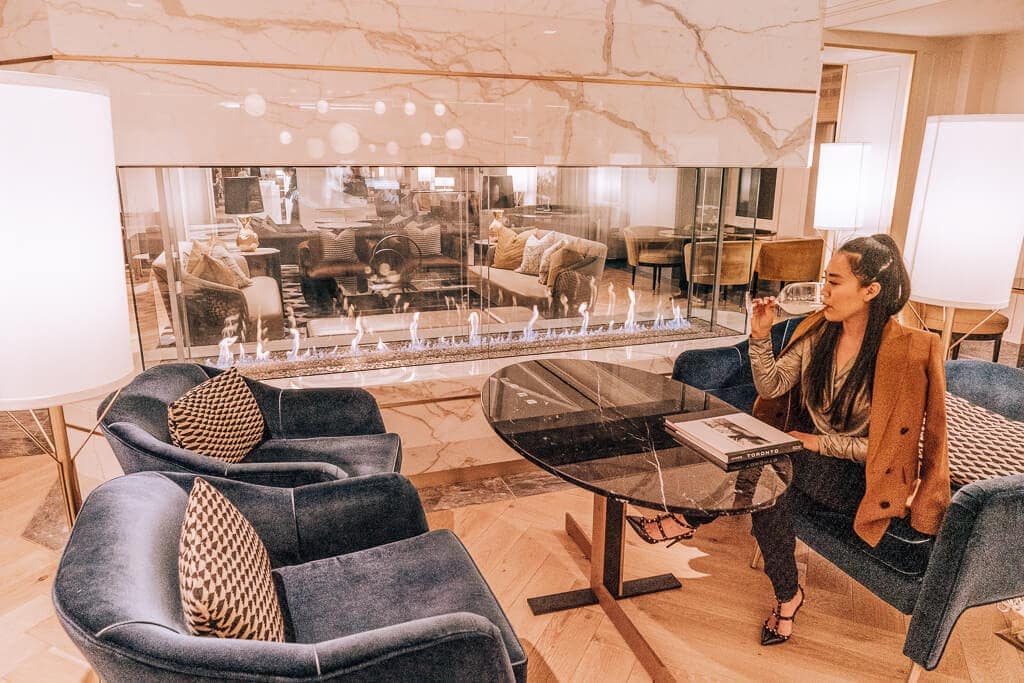 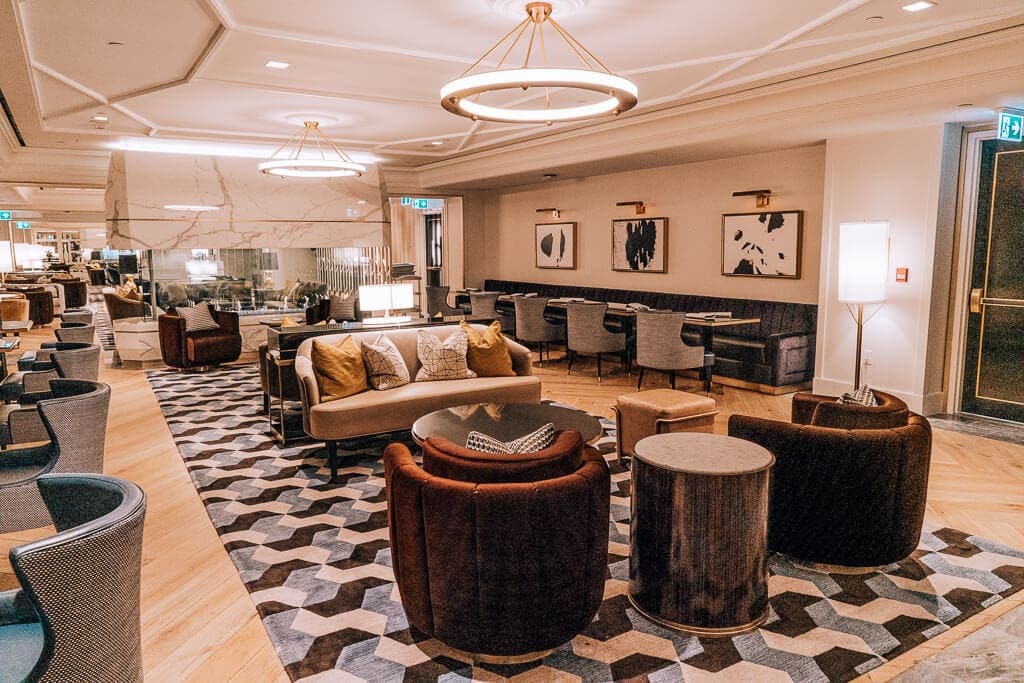 A Strong Commitment to Responsible Management

The Fairmont Royal York has kept up the grand traditions of the historic hotel, but it has also developed a reputation for its strong commitment to environmentally responsible management. 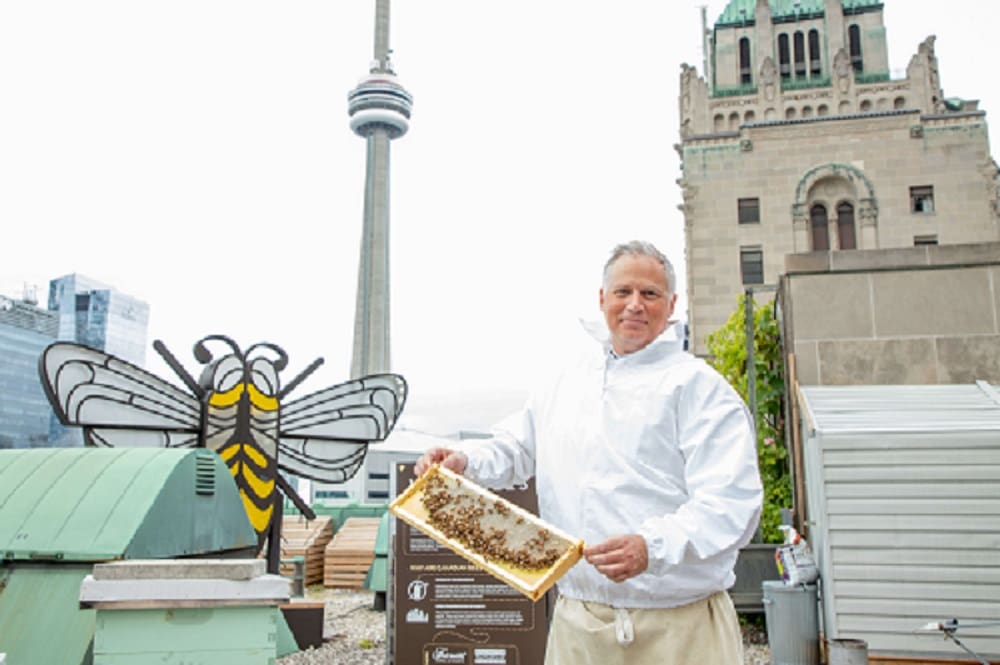 The rooftop garden of the Royal York has been transformed and features an apiary, where up to 350,000 honeybees reside in six hives, producing an average of 450 pounds of honey each year! By harvesting honey, chefs can use it as an ingredient in the kitchen for a variety of dishes and provide guests with samples!

It is one of the first hotels in North America to have the bee program since 2008!

The apiary was created by the hotel in partnership with the Toronto Beekeepers Collective and FoodShare as a way of providing safe nesting sites for wild bees, who play a vital role in the pollination of plants, and yet are threatened with habitat destruction in today’s world.

Fairmont Hotels has even been nominated by the Worldwide Hospitality Awards for the Best Initiative in Sustainable Development & Social Responsibility for the Fairmont Bee program! 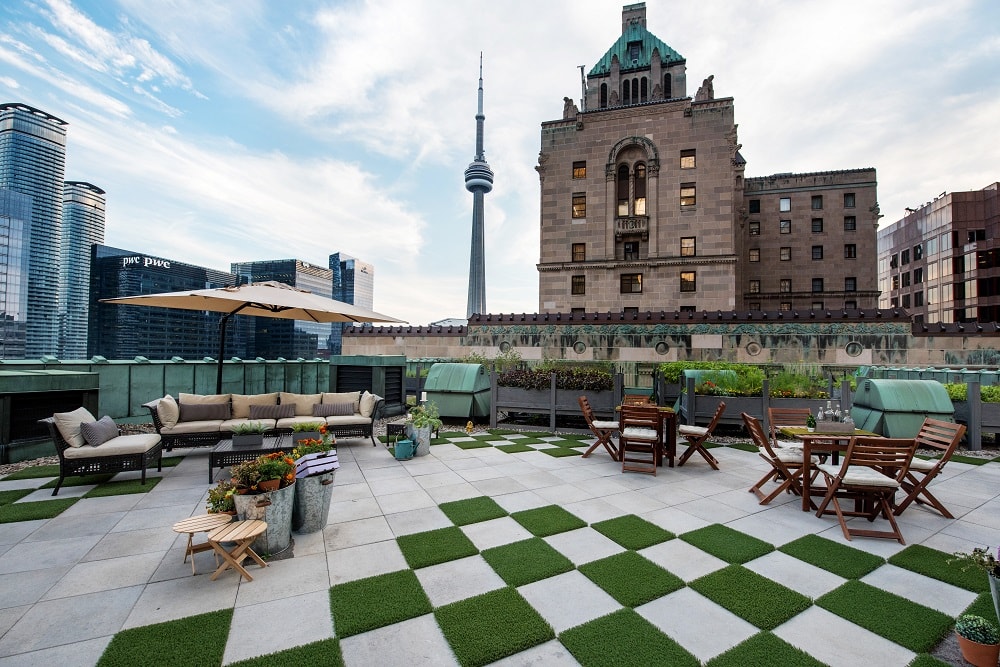 There is more happening up on that rooftop than just a bee paradise. The Fairmont Royal York has quite a productive garden, with herbs, vegetables, and fruit that is grown for use in the hotel kitchen. There are herbs like organic basil, parsley, sage, tarragon, chocolate mint, peppermint, spearmint, chives, and lemon balm, plus pear, cherry, and apple trees. For spicy dishes, the garden has hot peppers and cayenne peppers.  The botanicals are also used to create their Dillon’s 14th In-Line gin on the rooftop (the roof itself doesn’t grow enough supply to say that it reaches each bottle).

The garden is the hotel’s way of promoting sustainable solutions to world hunger and is just one part of Fairmont Royal York’s commitment to making a positive impact on the environment!

In the area of meeting and conference hosting, which is a big part of its business, the Fairmont Royal York seeks to offer meeting planners a way to give something back to the communities in their meeting destinations.

One way is the hotel’s Eco-Meet initiative, which is a green conference planning option that minimizes resource consumption. Another involves hands-on volunteerism programs that feature community outreach to shelters for disadvantaged women and children. Still, another is an option to earmark ten percent of guest room revenue to local charities, either chosen by the hotel or the guests. 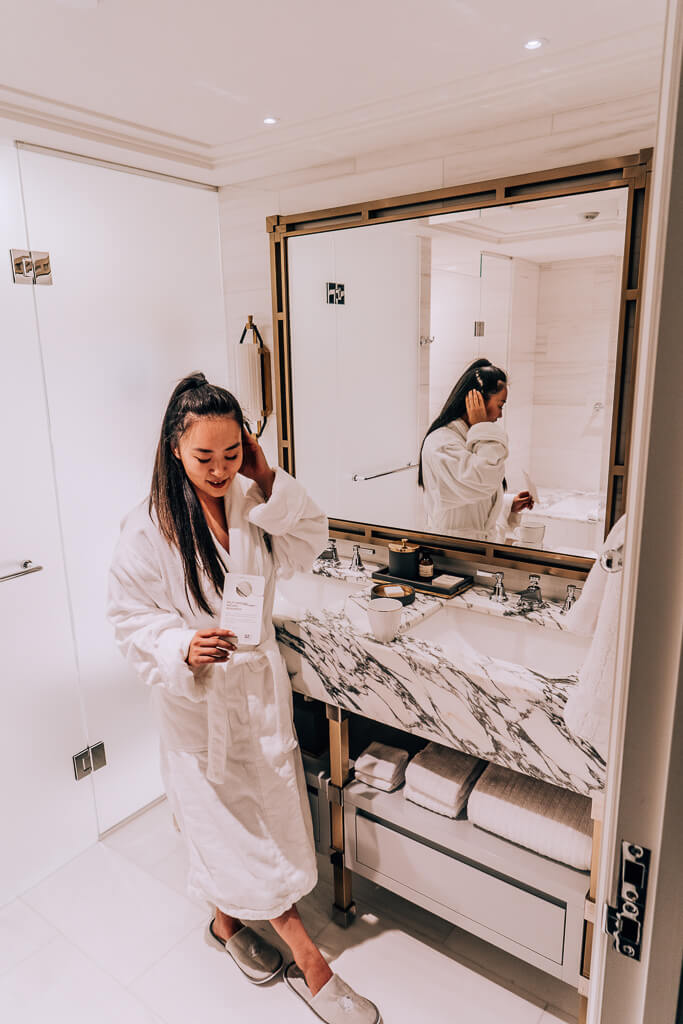 Photo: More information about the Planet 21 initiative can be found inside the suites. 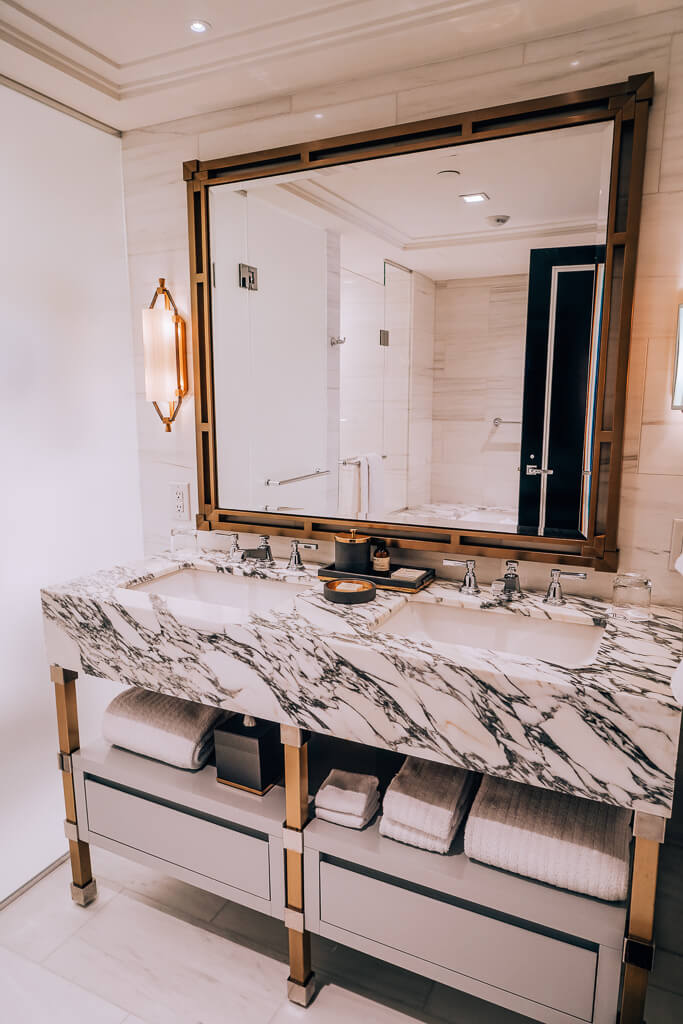 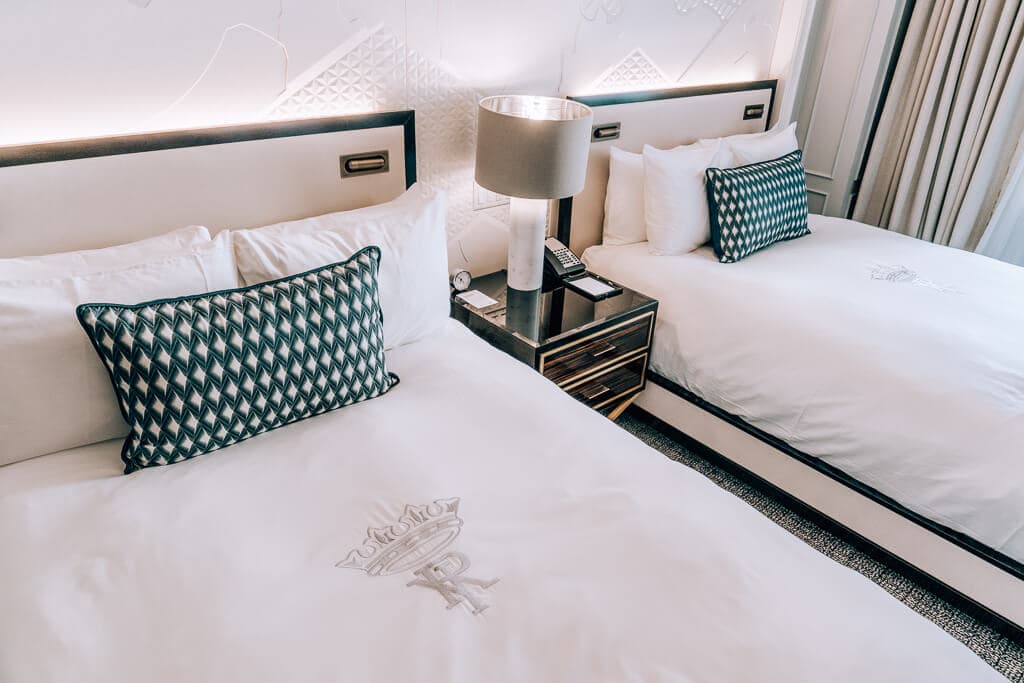 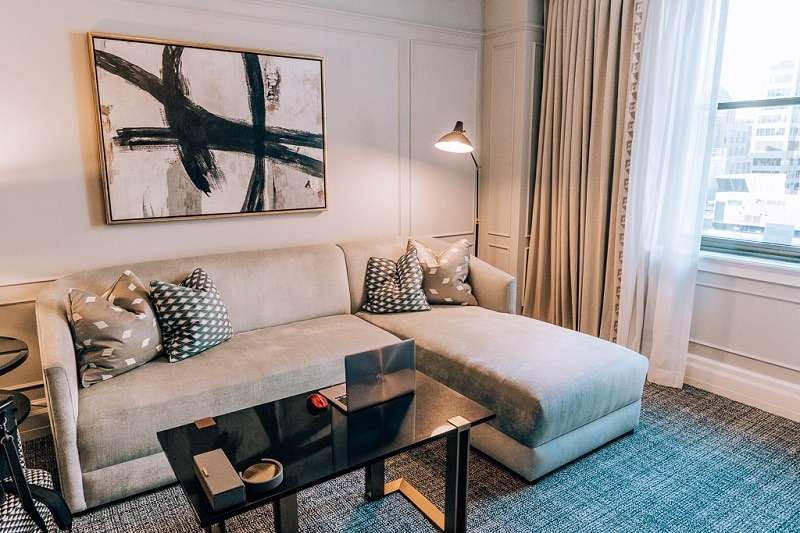 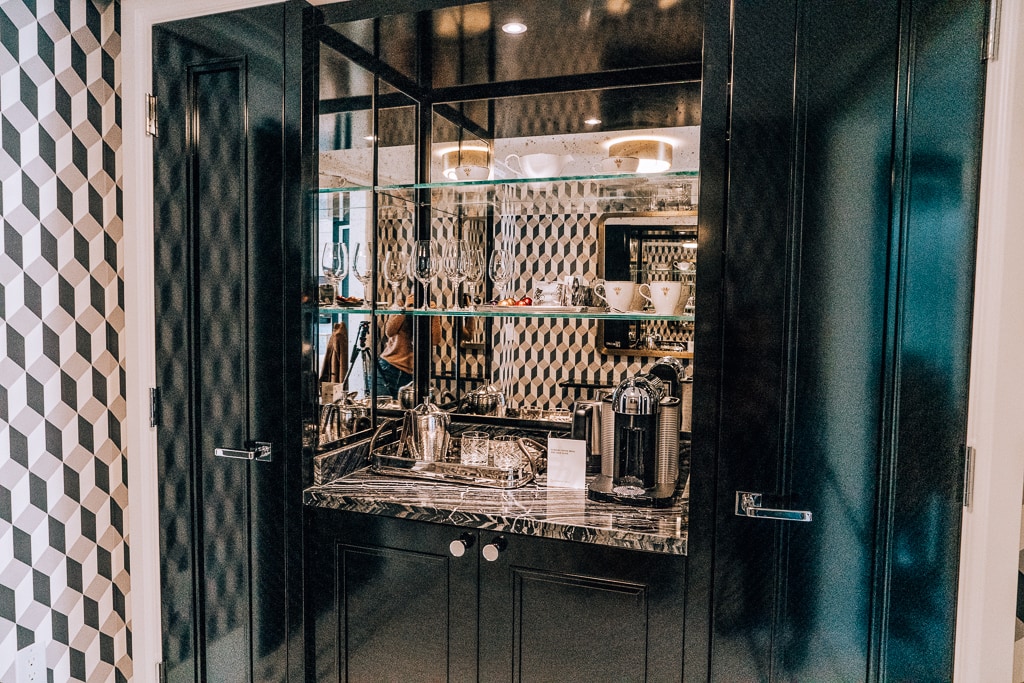 Fairmont Royal York is part of Accor Hospitality, a hotel group with hundreds of properties around the world. Accor is known for its commitment to sustainability and positive environmental impact, and one of its programs, Planet 21, is a good example of this.

All guests at Accor properties are asked to reuse their towels, and the savings in water and energy are used by Accor to fund tree planting programs (one tree is planted every minute because of this initiative).

Beds are made with wood from sustainable managed forests, and bedding materials are made from recycled bottles. In addition, the properties use eco-certified cleaning and toiletry products.

For the food that is used in its restaurants, Accor tries to use locally grown products, reduce food waste, and avoids fish species that are overfished. Another admirable Accor initiative, although not in the environmental area, is the company’s strong commitment to ending the exploitation of children.

Fairmont has always been passionate about its mission to protect the environment and “when Clean the World extended north in 2015 with a program that would improve the lives of Canadians in need while diverting hotel waste from landfills.”

We’ve come a long way since the days when a luxury hotel concerned itself only with things like the vintage of the champagne it served its guests or whether the thread counts of its sheets was high enough.

Companies like Accor and properties like Fairmont Royal York now consider it part of their mission to work for change and have a positive impact on their communities and the world at large.

An example of this happened during the Toronto International Film Festival in September of 2019, when Accor, in partnership with the UN Environment Programme (UNEP) and social impact consulting firm The Krim Group, created a pop-up photo studio at the Fairmont Royal York, and took a series of black and white photos of celebrities attending the festival. These photos were the basis of a campaign called “The World Is In Our Hands”.

The celebrities shared their photos on social media, with tips about how people can take matters into their own hands and make a difference in the battle against climate change and a call to action.

Super proud to share the #WorldIsInOurHands movement featuring Antonio Banderas, Susan Sarandon, Joaquin Phoenix, Rainn Wilson, Rosario Dawson, Alfre Woodard, Evan Peters and more! A huge shout out to my partner Justin Wu Laura Fuller David Dabah and Jacqueline Tyler for helping execute and launch this global effort to tackle the climate crisis!!! #TheKrimGroup #JustinWu #UNEnvironment #Accor #FairmontRoyalYork #TIFF #Variety (click on link in bio to learn more about about WIIOH and what you can do to help tackle the climate crisis)!!!

Power couple @alecbaldwininsta and @hilariabaldwin join the #WorldIsInOurHands movement with @UNEnvironment @UnitedNations and @UNDP. ⠀⠀⠀⠀⠀⠀⠀⠀⠀⠀⠀⠀ Alec's passion for saving the planet extends beyond raising awareness, but includes moderating panels at the UN and the active preservation of the indigenous. Continue our movement and take action with us! #ActNow ⠀⠀⠀⠀⠀⠀⠀⠀⠀⠀⠀⠀ Special thanks to my partner for change @toddkrim and my assistant @keenen 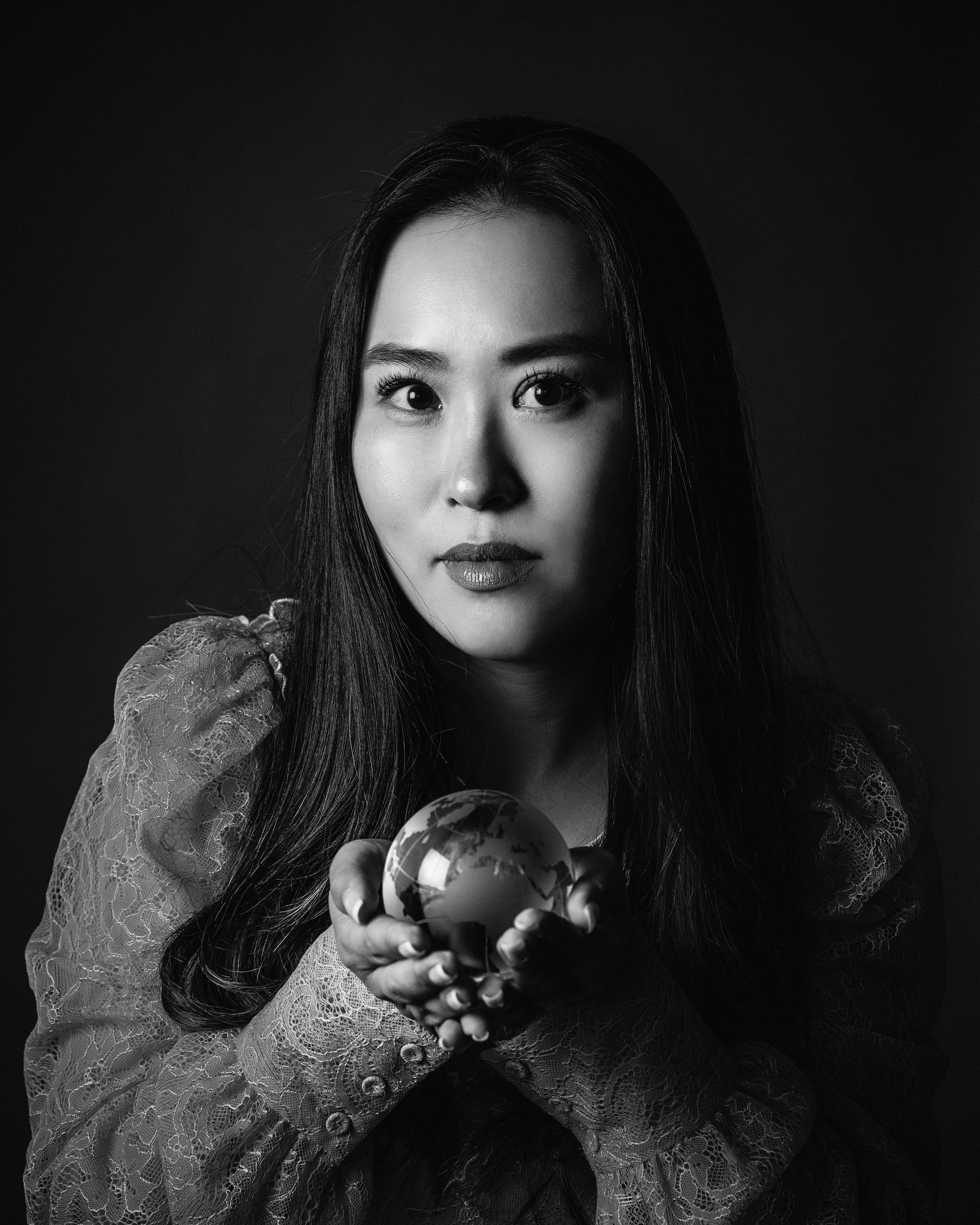 Photo: I was honoured to have had the opportunity to be photographed by Justin Wu in support of this great UN Environment initiative.

Although the Fairmont Royal York can certainly be called a socially and environmentally conscious hotel, it hasn’t forgotten its mission of providing luxury accommodations to the thousands of guests who stay at this iconic property every year.

With elegant furnishings, the very best in food, drink, and entertainment and charming rituals like Afternoon Tea and a Christmas tree lighting ceremony, the Fairmont Royal York will continue to be known for its traditions and classic charm.

Along with that the hotel and its parent Accor are doing their part to raise awareness about the important social and environmental issues of today. 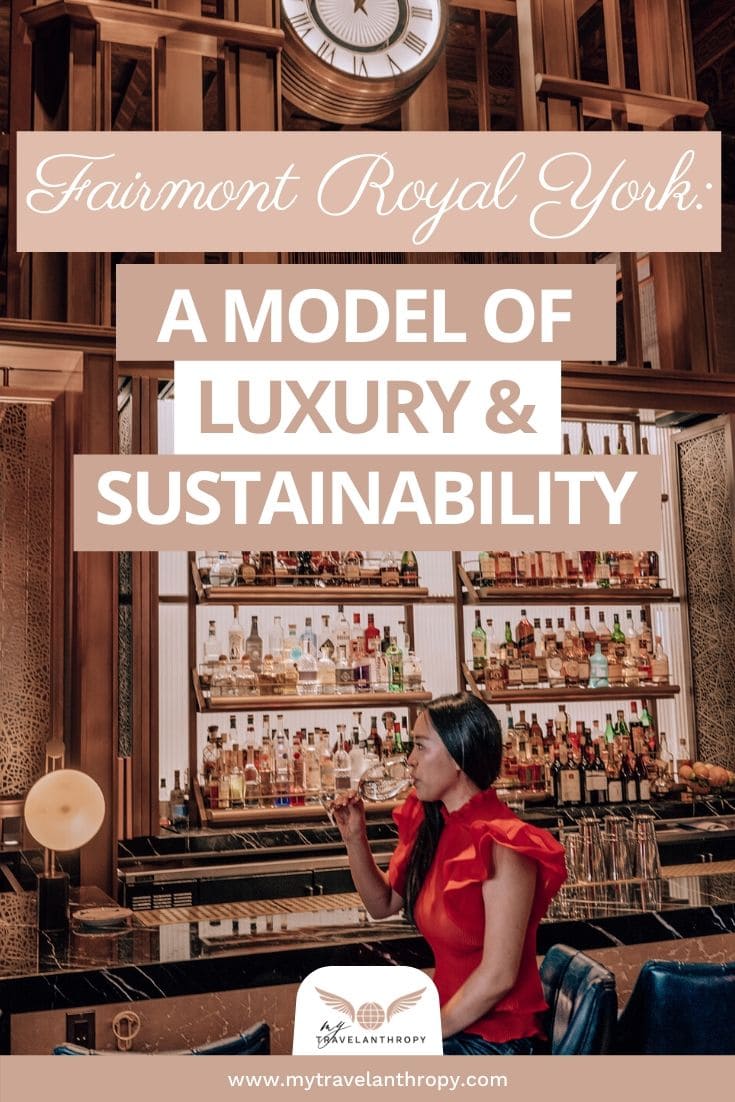 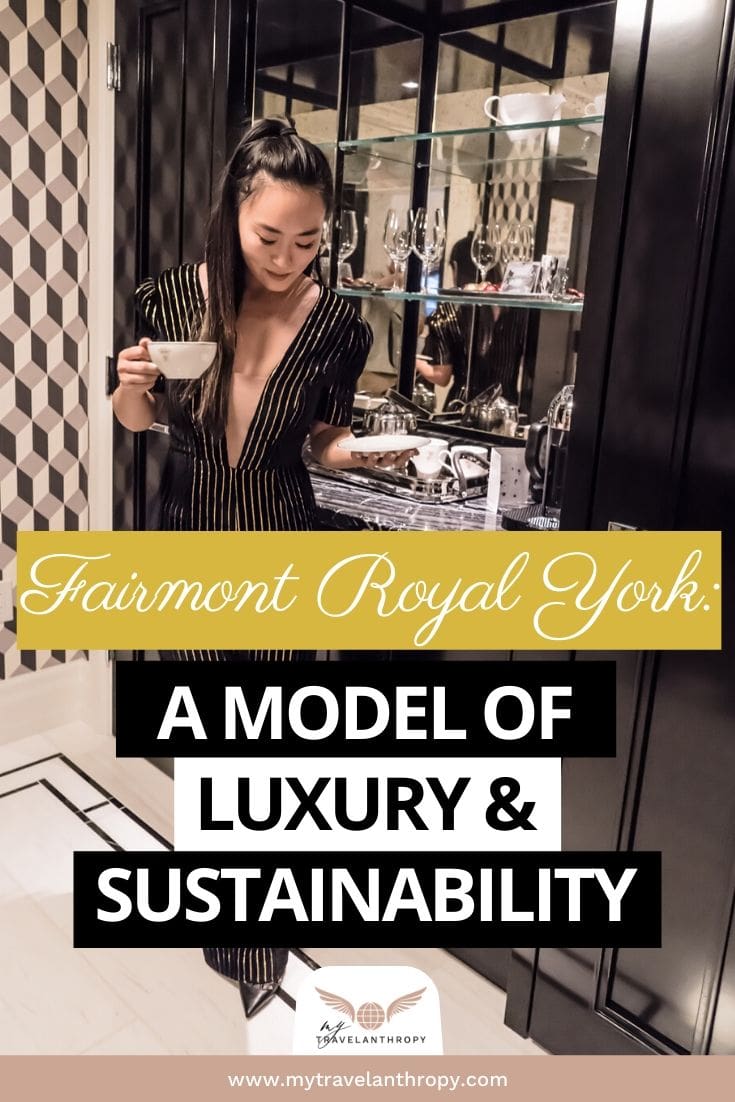 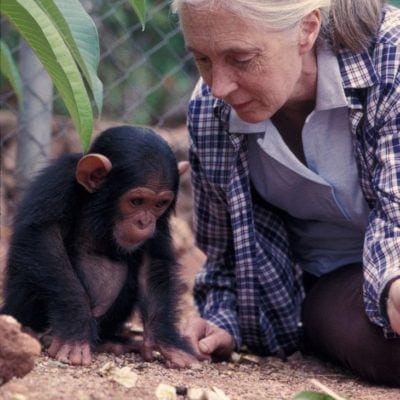 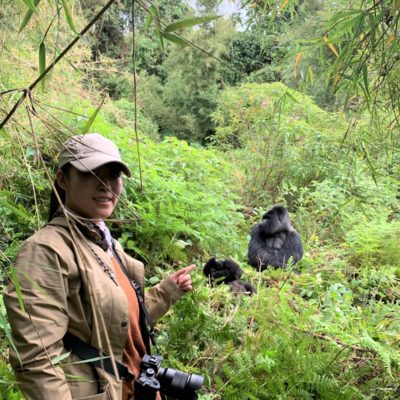